From attending youth retreats to discovering a group of scorpions in her room, Carol Klein has vivid memories of Mo-Ranch.

“Just as we were settling in and unpacking, we discovered a massive infestation of scorpions crawling all over a stone wall. We left in a hurry and banged on Otis Moore’s door,” she said.

“He found accommodations for us in Pheasant Run, and we carefully opened our suitcases on the balcony and shook out each item before taking them into the room.”

“We’ve never seen another scorpion in scores of visits over more than 40 years,” Carol Klein.

Indeed, Carol and her husband, Dan, have been regular visitors to Mo-Ranch for decades. Dan Klein first came to Mo in the 1970s during a retreat with Woodhaven Church. That was his first time in the Texas Hill Country.

His first impression was one of awe.

“I thought it was a beautiful setting with so much to do,” he said.

Since then, he’s returned to Mo for family and church retreats and is a frequent attendee of the Men’s Conference.

He believes it’s a truly sacred place, and that’s why he keeps coming back.

“Mo-Ranch is a holy place, and many have used the term “thin place” where the space between heaven and earth grows thin. Mo-Ranch is a thin place for me,” he said.

The couple enjoys bringing his grandchildren to the ranch, which started in 2001.

“Some highlights are watching eldest grandchild (then 11) climb atop the Mo Pole for the first time and my first attempt on a paddle board,” Dan Klein said.

During his time at Mo-Ranch, he served as a member of the Mo-Ranch Consultation, a meeting convened by the Synod of the Sun to help the Mo-Ranch board determine its mission strategy going forward. And while he hasn’t served on the Mo-Ranch Board of Trustees, Dan Klein is a former president of the Texas Presbyterian Foundation. In that capacity, he’s attended several meetings and considers board members — current and past — to be close friends.

His decision to support Mo’s ministry was an easy one to make.

“Long ago I learned that gifts typically follow one’s heart. Mo-Ranch is very dear to my heart, and it just makes sense to support it financially,” he said. “Perhaps it is enlightened self-interest. I give through the Men’s Conference offering, for example, in gratitude because I get so much out of the Men’s Conference.”

Dan Klein’s advice to others who are looking to support Mo’s mission is simple.

“Mo-Ranch is all about personal spiritual development – bringing people closer to God,” he said. “It crosses every boundary, every age group, every economic group. Where else could you give that would have such a huge impact on so many people.” 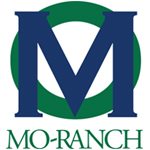